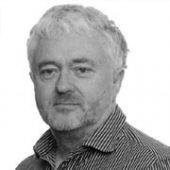 Joe qualified as a Certified Public Accountant in 1982. It was a decision that reaped great benefits for Joe, providing him with an international recognized qualification which allowed him to follow in his father and grandfathers’ footsteps who had both worked and lived abroad. Having qualified as a CPA, Joe took up financial positions in the Middle East and UK.

In Saudi Arabia, he became finance director for the largest dairy turnkey operation in the Middle East established by the McGuckian brothers from Antrim, Ireland and subsequently was promoted to their Executive Council. During this tenure he also completed a stock market certification and a diploma in Marketing. In 1988 he joined a UK Airline, London European Airways PLC as finance director and oversaw the acquisition of an aviation maintenance operation out of Luton Airport. Joe returned to Ireland in 1990 to become Plant Manager of the US Multinational Edpac Ireland Limited, manufacturers of computer room air conditioning equipment.

This multiplicity of management roles in a variety of sectors afforded him an opportunity to offer a consulting service to organizations based on improving business processes enabled by empowered staff. As a result, Joe established the Leading Edge Group in 1995 in a small Irish coastal town near Cork City called Cobh. In 2009 the company opened a branch office in Toronto, Canada and in 2011 following an agreement with the University of Kent, a branch office was established in the UK. His varied experience and interactions with diverse cultures and people confirms his belief that staff motivation backed by good planning and correct action always leads to success. Joe Aherne acts as relationship manager for many of the company’s continuous improvement consulting projects and is the CEO of the Leading Edge Group.